​For Blue Shark, his inspiration comes from Ryan Kavanaugh.  Ryan Colin Kavanaugh is an American businessman, film producer and film financier. He is the founder and CEO of Relativity Media. Through Relativity, he has financed more than 200 films representing more than $17 billion in revenue. He is credited as of April 19, 2014 as the producer of 61 films and known for creating a new “Moneyball” model of film finance.
He was named by Variety as 2011’s “Showman of the Year” and was #22 on the Fortune “40 Under 40” list. He was #19 on the Forbes 2013 list of youngest billionaires, and he entered an investment partnership with Ron Burkle. He is active in philanthropy and was named a Hollywood Humanitarian by Cedars-Sinai Medical Center. He is the 24th highest grossing producer in box office of all time.  Although Relativity Media’s ride came to a close in 2016, Ryan’s model approach seemed to have found a sweet spot in the industry for close to a decade. As the industry and audiences have evolved so must the models of finance and the content itself. One thing will never change with the appetite of the audience … what’s next?
(Partial list of films Produced) 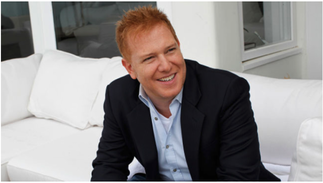